Andy, creator of the free MJ101 eBook series, and Chris, a long-time fan, dancer and Albumism contributor, share their insights and stories alongside Jamon and Q as they take a deep dive into the world of Michael Jackson’s Thriller. Thriller remains the world’s best-selling album and has inspired more than three decades worth of iconic dance moves and fashion. Through this discussion of each track, the guys get to the heart of how Thriller changed pop culture, and the world.

Choreographer Vincent Patterson was at Michael Jackson’s side for many of the key moments which helped cement his status as an entertainment legend, first working with Michael as an assistant choreographer and lead dancer on the pioneering Beat It and Thriller music video shoots. When it came time to devise the videos for Michael’s next album, Bad, Vincent was brought back into the fold, working on the short films for The Way You Make Me Feel, Speed Demon, Dirty Diana and Smooth Criminal.

But it wasn’t just short films he collaborated on with Michael. He also helped shape some of the most historic live performances of Michael’s career, from directing the Bad World Tour to helping to choreograph Michael’s 1988 Grammy Awards performance.

Vincent’s association with Michael continued throughout the 1990s. He choreographed for the Black or White music video and Michael’s MTV 10th anniversary performance, helped devise Michael’s groundbreaking Superbowl half-time show and directed the Blood on the Dance Floor music video.

Today he joins Jamon and Q to discuss Michael Jackson as both an artist and a man, explaining their collaborative working process and telling the stories behind some of pop culture’s most historic moments. He also discusses his involvement in the documentary, The Man Behind the Throne, which is the focus of his work with Michael Jackson, Madonna and other celebrities. 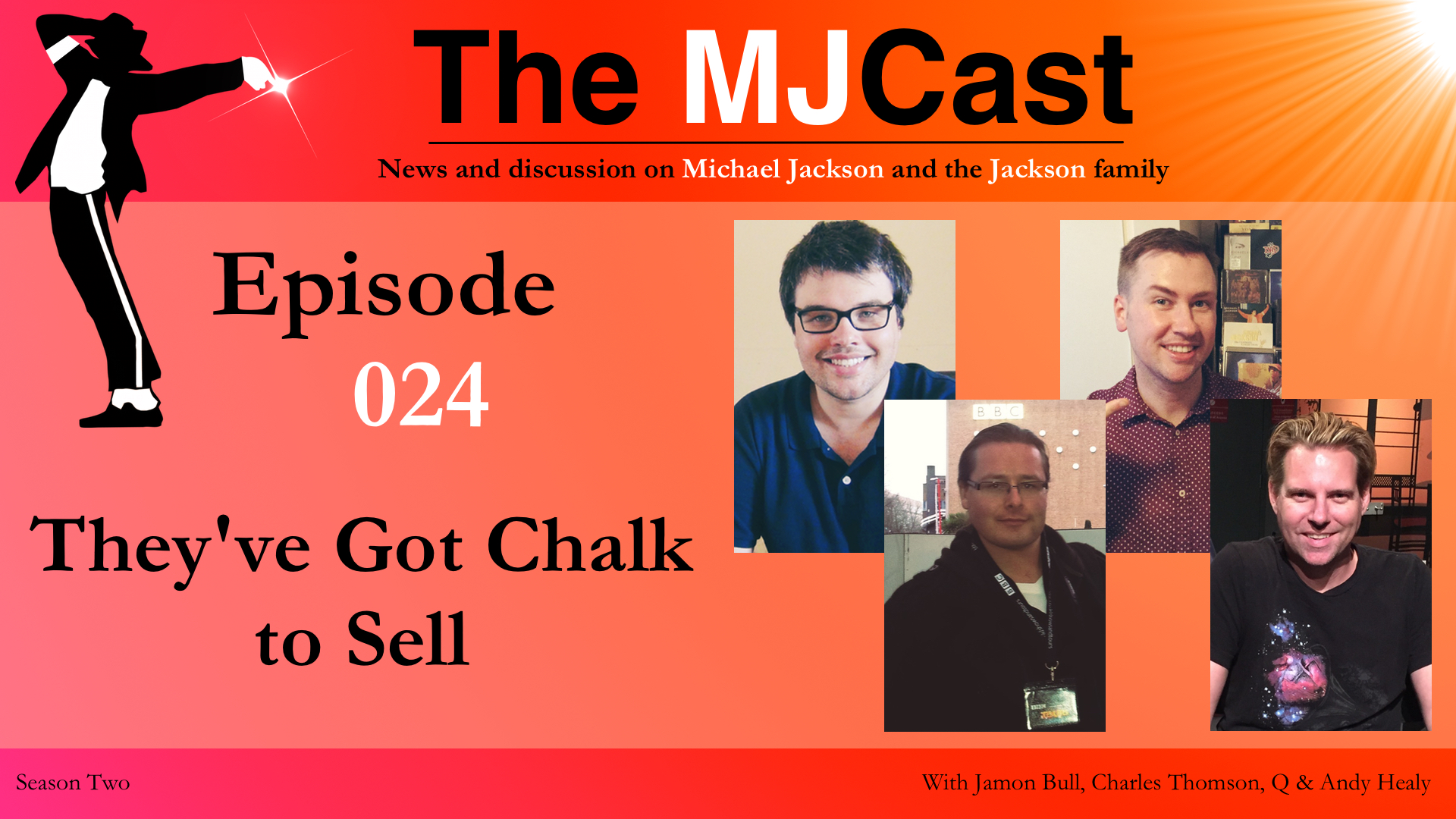 On this premiere episode of The MJCast’s second season, we kick off 2016 with plenty of news and discussion on Michael Jackson and the Jackson family. Jamon and Q are joined by The MJCast’s regular guest and legal expert Charles Thomson and newcomer to the show Andy Healy, author of the incredible MJ101 series. Andy is a long time MJ fan, having written a number of eBooks on Michael’s audio and visual art. These are must haves for any fan, budding or of vintage…and did we mention that they’re free?! In this episode, Andy tells us about his latest Off The Wall eBook, which then leads us in into a discussion on the latest Michael Jackson release, an Off The Wall reissue which is bundled with the new Spike Lee documentary film, Michael Jackson’s Journey from Motown to Off The Wall. In other news, artist Miguel is set to perform on this years Grammy Awards as a tribute to Michael, and to promote the upcoming Off The Wall reissue. In Jacksons news, the brothers wow crowds across Switzerland in the spectacular Art On Ice touring show. The MJCast also delves into the controversy around English actor Joseph Fiennes being cast to play Michael in a fictitious comedy film set around Michael, Elizabeth Taylor, and Marlon Brando fleeing New York City after the 9/11 tragedy. Next, the boys offer their opinions on the Super Bowl 50 half-time show and Beyonce’s subtle Michael Jackson tribute.

The second half of Episode 024 begins with Charles Thomson giving an expert breakdown on the Serova V Cascio/Porte/Estate/Sony case. Make sure to access this link to read the latest documents in the case exclusively at The MJCast. And will someone call a plumber?! The leaks just won’t stop! The MJCast breaks down the recent Dangerous Tour concert and rehearsal video leaks courtesy of MJ Beats. A new book from the creators of The Dream Lives On podcast and The Journal of Michael Jackson Academic Studies, takes a sophisticated, academic approach to understanding Jackson’s art and life, providing insights into his entire body of work from a perspective never before available outside of music/culture journals. Lastly, we delve into our main discussion topic, our thoughts on the new Spike Lee Off the Wall documentary. We look forward to hearing your thoughts also! And in Season Two, our popular Finds of the Week segment returns! Thanks so much for listening to the internet’s premiere podcast on all things Michael Jackson and the Jackson family. We hope you enjoy our first episode of Season Two!