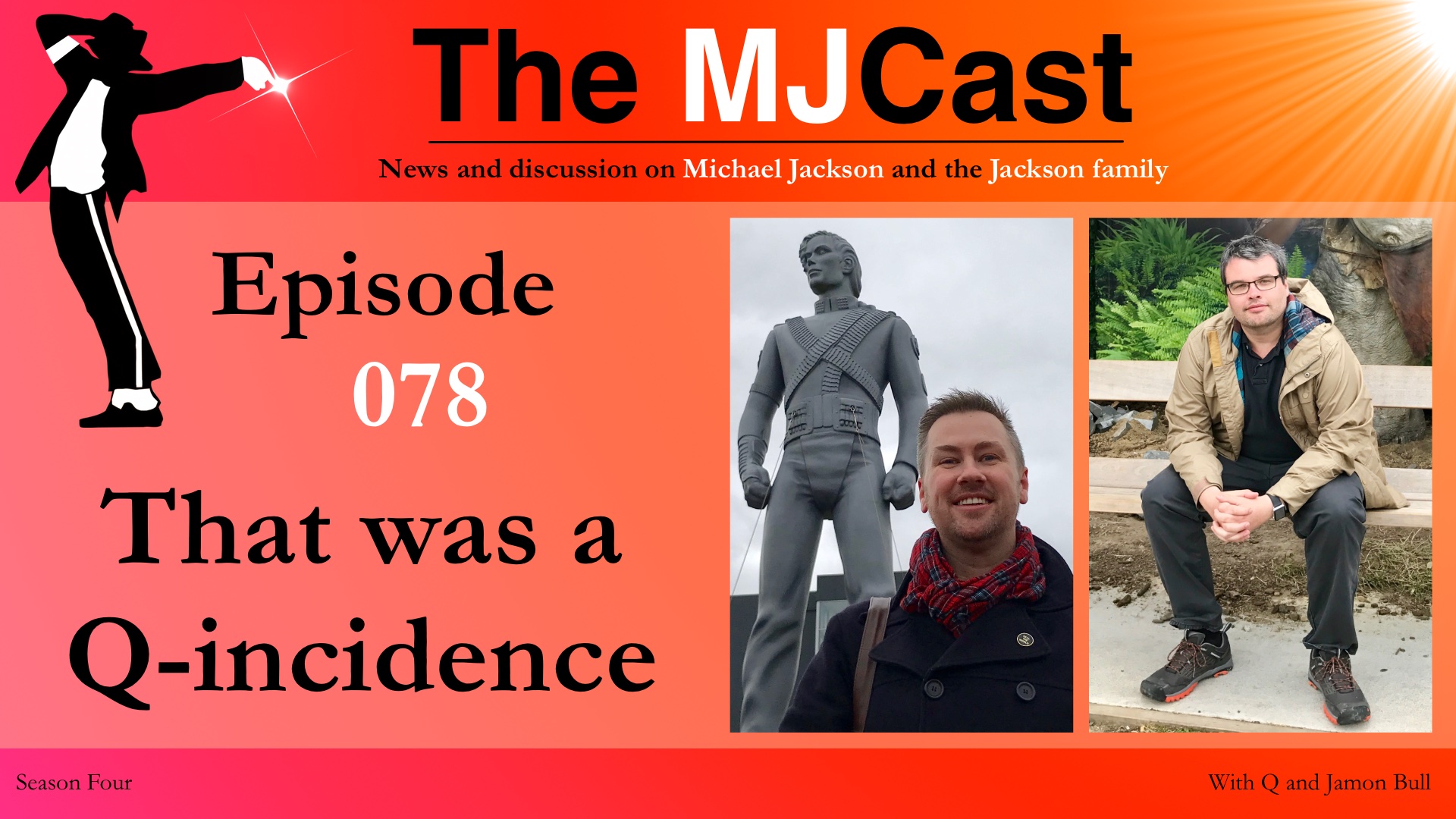 Jamon and Q are excited to dig into a big news roundup this week, with lots of developments in the world of Michael Jackson and the Jackson family. They cover the outcome of the Moonwalkers documentary on Kickstarter, a new book publishing this Fall by Richard Lecocq and Francois Allard, and news from Will.i.am regarding music he worked on with MJ. They also discuss the new Bad World Tour concert footage released by the Indy Channel, and Bryan Loren’s public plea to fans for monetary compensation regarding his leaked tracks.

On the Jackson family events front, Janet Jackson has announced additional tour dates (and launched a national back-up dancer search!) and will be headlining a major music festival in Los Angeles this summer. The Jacksons will perform at the Detroit Music Weekend, a three day festival celebrating their impact and legacy. And, in Tulsa, OK, a Michael Jackson Tribute event will be held on June 24, hosted by Jankins of Moonwalk Talks.

Jamon and Q will also discuss the news from 3T, who have released their Chapter III song, “Fire”, as a single in France. And on TV, La Toya Jackson dons her beloved classic headband on the reality show, “Worst Cooks in America: Celebrity Edition”. Plus, Paris Jackson has a star-studded 20th birthday bash, and gets some well-deserved attention for the important work she’s doing on the activist front by publishing an op-ed in Teen Vogue about HIV/AIDS awareness. Paris will receive the LIFE+ award on behalf of her godmother, Elizabeth Taylor’s AIDS foundation, at the 25th Life Ball this June.