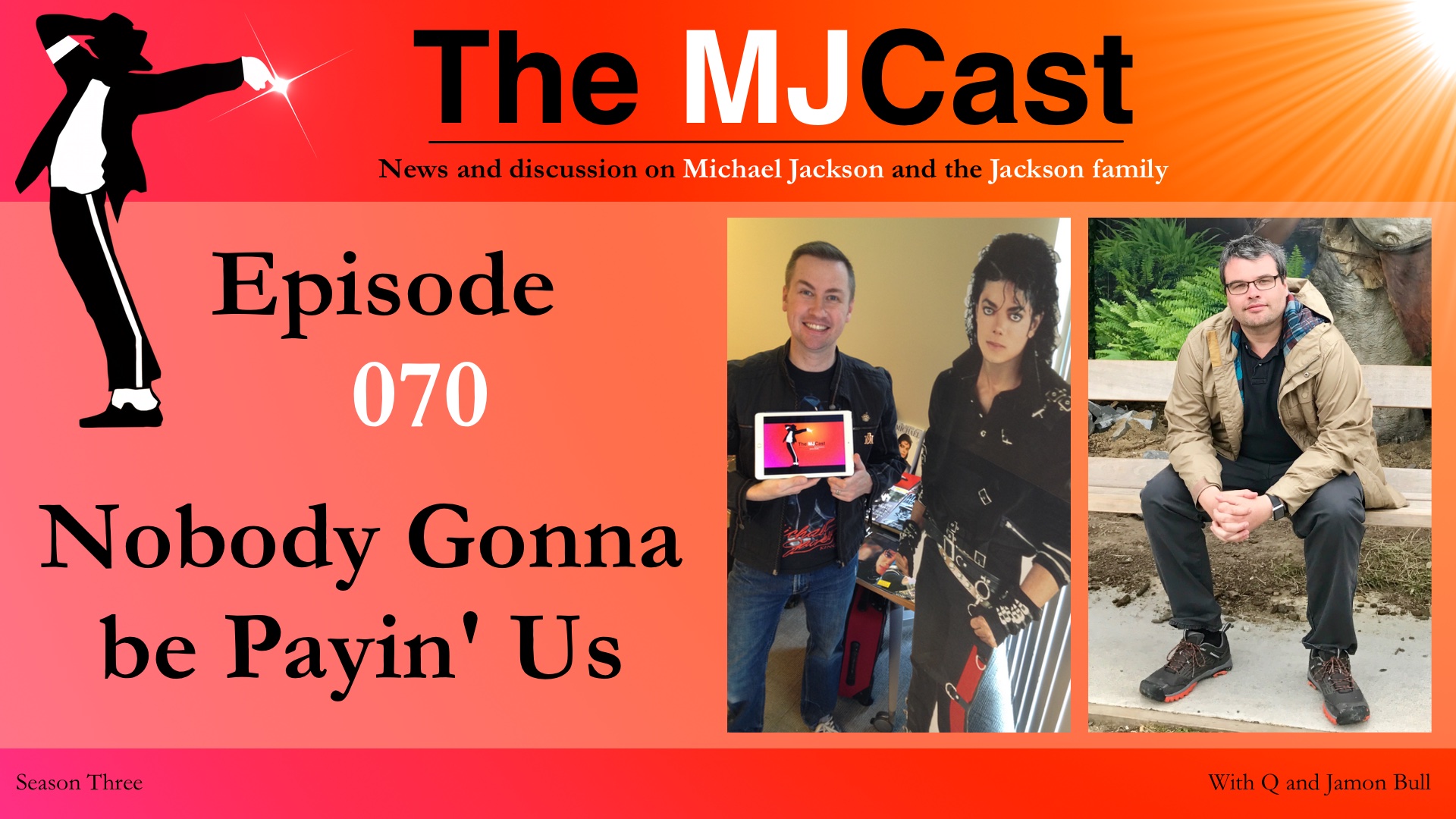 Q and Jamon are back in the saddle and ready to discuss all things Michael Jackson and the Jackson family! The fellas kick things off with some discussion around a previously unseen version of the Victory album cover, Michael’s influence across the hip-hop genre, Tito Jackson’s interview around unreleased Michael music and a recent Dee Dee Jackson Foundation and Heal Los Angeles Fundraiser. Q and Jamon then delve into the new Blood on the Dancefloor X Dangerous (The White Panda Mash-up) remix, Paris Jackson’s Melbourne Cup visit, Janet’s State of the World Tour and Out100 Gala appearance and Austin Brown’s new EP Canyon Sessions. To round out the news, the boys update listeners on Katherine Jackson’s position as guardian of Bigi ‘Blanket’ Jackson, Mike Smallcombe and Andy Healy’s book announcements and the Dangerous World Tour (Live in Oslo) leak. The main discussion topic for this episode is all around Q and Jamon’s thoughts on the CBS TV special Michael Jackson’s Halloween.

P.s. We apologise for the audio issues on Jamon’s vocal throughout this episode. He needs a new mic chord!