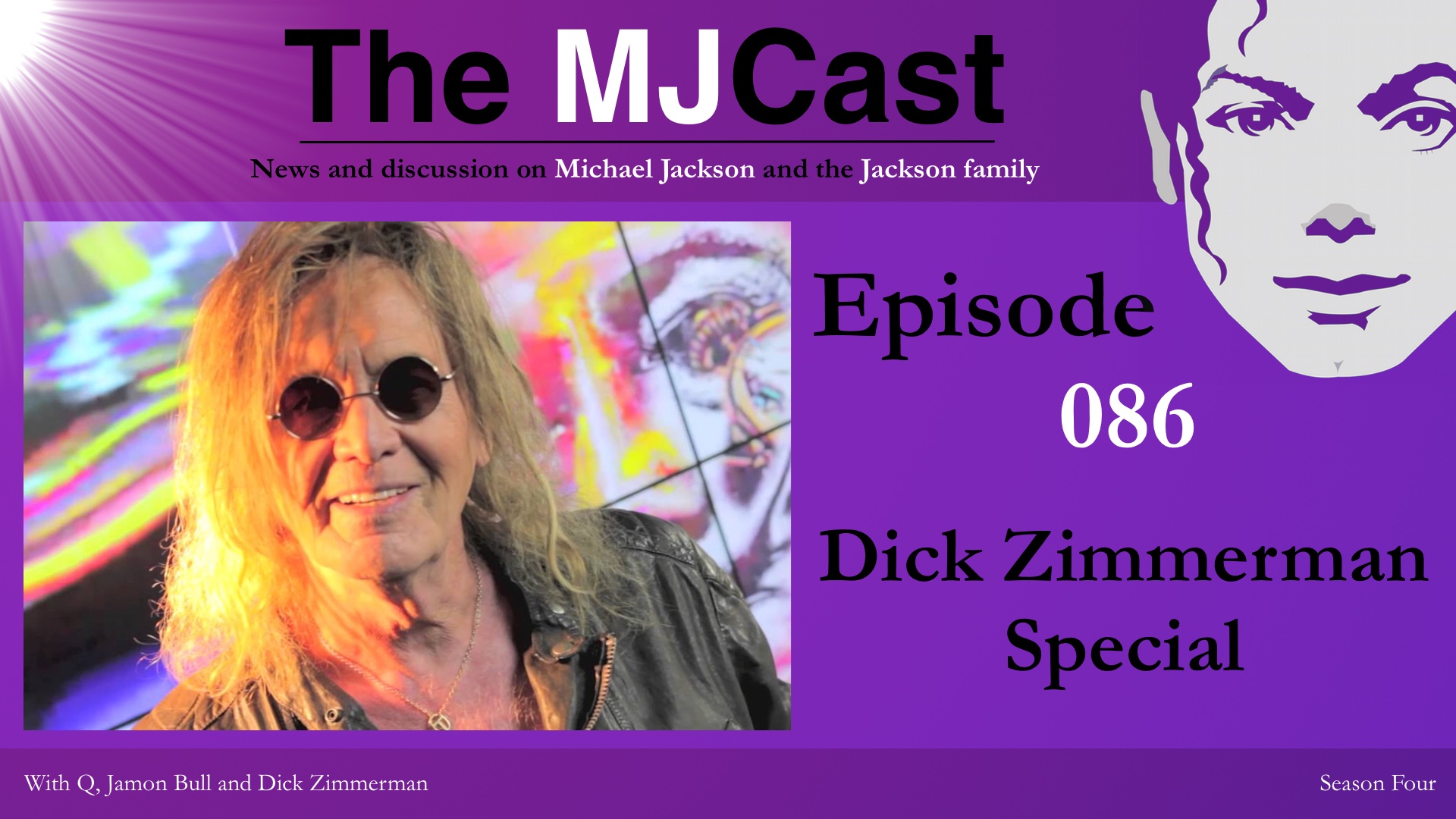 Q and Jamon are excited to welcome to the show renowned photographer and artist Dick Zimmerman, best known in the Michael Jackson fan community for his iconic portrait of Michael used for the Thriller album cover, which is said to be the most distributed portrait in history.

Zimmerman, known as ‘The Image Maker’, has, in over 45 years as an artist, captured the images of a wide range of celebrated entertainers, dignitaries and politicians, including everyone from Jane Fonda, Tom Cruise, John Travolta, Mick Jagger, Robin Williams and of course, La Toya, Janet and Michael Jackson.

Originally from New York, Zimmerman studied painting at the School of Visual Arts, the Parsons School of Design, New York University, the Brooklyn Museum, and throughout Europe, including the Musee D’orsay. His work has been featured in Lifestyles of the Rich and Famous, CNN, NBC’s ‘The Today Show’, ABC’s ‘Access Hollywood’, ‘Dr. Drew’ and more.

The guys chat with Zimmerman about his background as an artist, the concept development behind the Thriller cover, working with Michael, and his new DVD package, ‘Memories of Michael, the Thriller Cover Session Interview’.