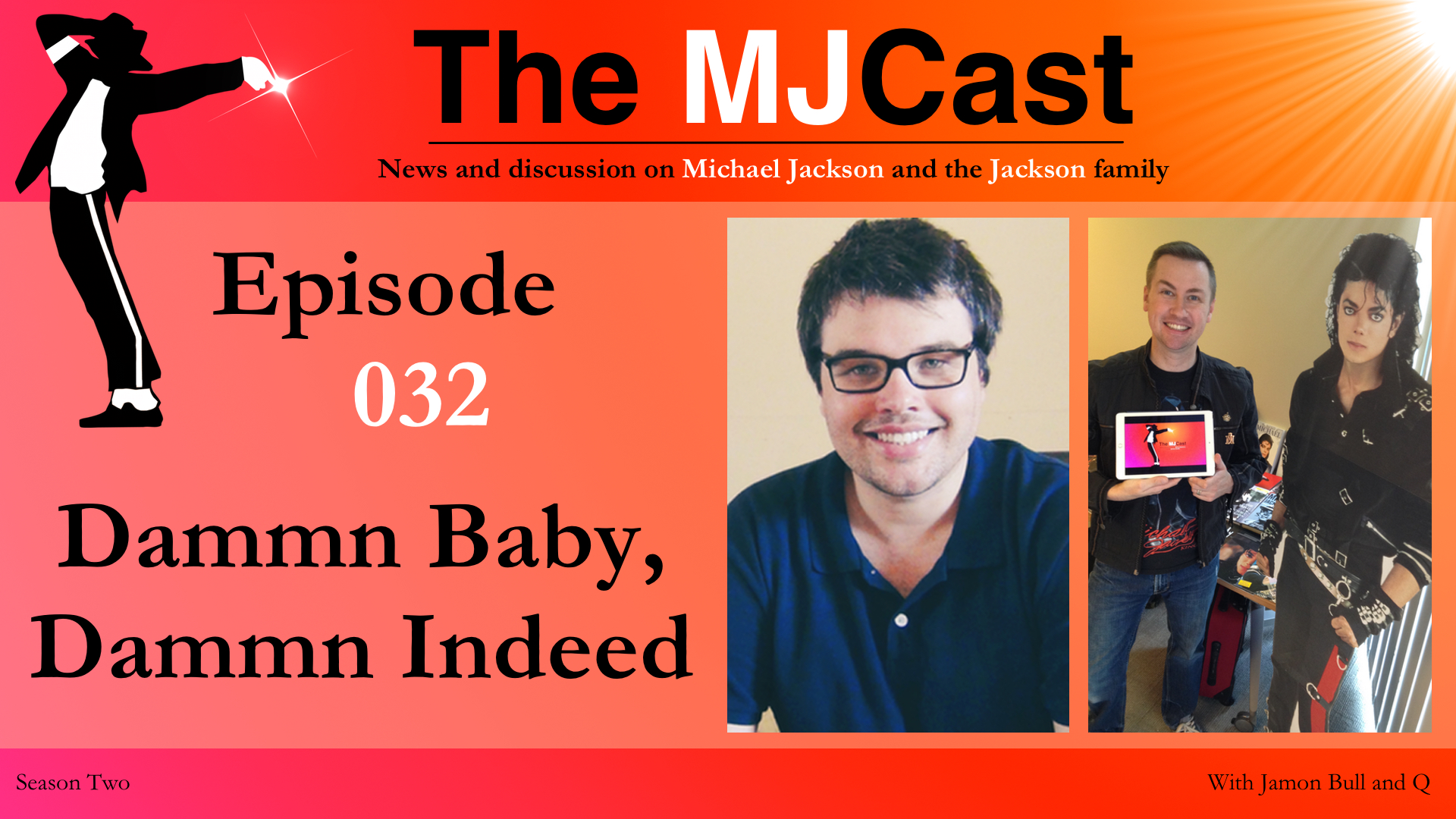 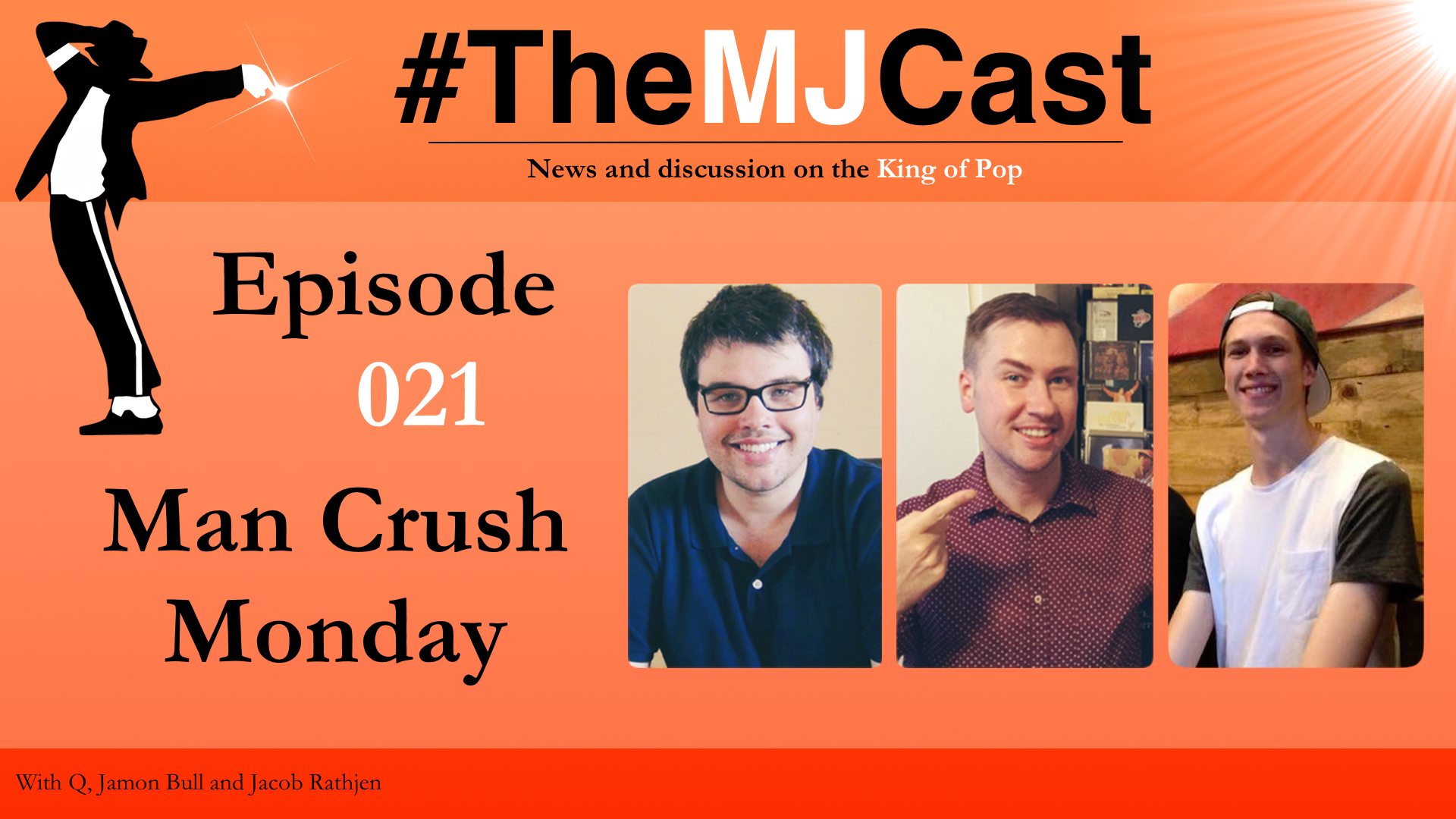 Q and Jamon are joined by guest host Jacob Rathjen to discuss all things Michael Jackson! On Episode 021 of The MJCast, the boys discuss CNN’s publication of rare, behind-the-scenes Thriller photos, a never before seen MJ Pepsi commercial and Joseph Gordon-Levitt’s Lip Sync Battle performance of Janet Jackson’s Rhythm Nation. Following this, legal correspondent Charles Thomson Skypes in to discuss exclusive breaking news regarding the class action lawsuit Vera Serova is bringing against Sony Music, Eddie Cascio and others for the 2010 posthumous album, Michael. Q shares some insights around Disney’s decision to close Captain EO at EPCOT followed by an update on Michael Jackson and Paul McCartney’s Say Say Say [2015 Remix] song and competition. Q, Jamon and Jacob also talk about the recent leak of the 2010 Much Too Soon stems, Stephanie Mills and Emmanual Lewis’ recent media insights into their time with Michael Jackson, Tito’s upcoming charity gig, the latest on the Billboard Music Awards Hologram court case and a fascinating ‘top ten MJ music video’s’ countdown from WatchMojo.com. As our major discussion topic, we discuss the recently leaked and never before seen Michael Jackson concert during the Dangerous World Tour in Bremen, with help from friend of the show, Anthony King. We hope you enjoy Episode 021 of the internet’s premiere Michael Jackson podcast, The MJCast.

News
Rare ‘behind the scenes’ photographs of the making of the Thriller short film have been published by CNN. They can be found in the Michael Jackson: The Making of Thriller book by legendary photography Douglas Kirkland.
A ‘new’ Michael Jackson and Pepsi commercial has leaked…featuring never before heard music! Find more out about Pepsi ad series The Chase at Anthony King’s website.
Joseph Gordon-Levitt performs Janet Jackson’s Rhythm Nation on Lip Sync Battle.
UK Journalist and The MJCast Legal Correspondent Charles Thomson unpacks the latest court documents regarding the Serova Vs. Sony/Branca/Cascio/Porte/MJJ Productions/Angelikson case. The relevant court documents can be accessed as a PDF here. The ‘Cascio Case’ continues amidst a newly released Times Union interview with Eddie Cascio on his relationship and work with Michael Jackson.
Michael Jackson and Disney’s sci-fi short film Captain EO is to play at EPCOT for the very last time on December 6th, 2015. Listen to Captain EO: The Complete Experience from EPCOT Legacy here and watch the making of Captain EO here.
The 12″ vinyl and cd single versions of Michael Jackson and Paul McCartney’s Say Say Say [2015 Remix] are out! Fans can also enter into a remix competition using the instrumental version of the track.
Stems for the 2010 version of the Michael Jackson song Much Too Soon have leaked. Listen to Australian guitarist Tommy Emmanuel discussing the recording of his guitar parts here.
Gospel/R&B singer and Broadway actress Stephanie Mills reveals she dated the King of Pop!
Emmanuel Lewis discusses his friendship with Michael Jackson in this radio interview.
Tito Jackson is set to perform at a Canadian charity event for the Donald Berman Maimonides Geriatric Centre.
The Michael Jackson Estate has been dismissed as a defendant from the Billboard Awards/Hologram lawsuit.
WatchMojo.com’s Top 10 MJ Videos countdown